The airs above the ground

The appearance of airs above the ground during the Italian Renaissance embellished the choreography of the Carrousels. They showed the security and strenght of the rider in the saddle and the accomplished training of the horse. It is possible to see the military origins of the airs above the ground. The prime goal in training a horse of war was perfect submission and great maneuverability, preparing the riders for rough combat and allowing the officers to strut at the head of their troops. The airs above the ground were not used during combat, in splite of the temptation.

The airs above the ground practiced at Saumur are the Courbette, the Croupage and the Cabriole. The Cabriole only « the highest and most perfected of the airs » has maintained its classical style. At Saumur the airs are practiced without stirrups.

The balance is prepared on the haunches; the horse raises his forehand (his front legs) taking the weight on his hind legs. He stays in this position for several seconds. 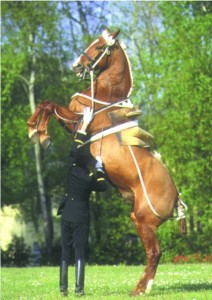 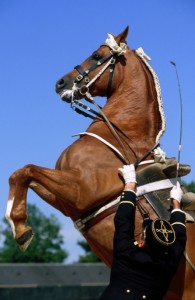 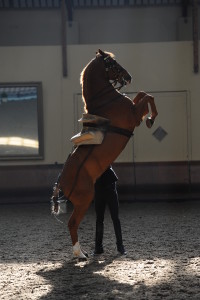 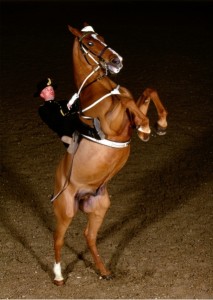 On the aids of the rider the horse raises his croup. When « touched by the whip » he bucks and stretches out his hind legs. 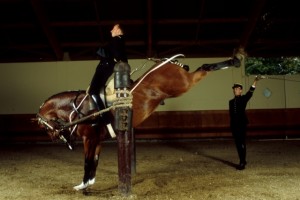 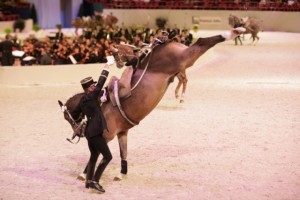 From the « terre-à-terre » (a very collected canter almost on the spot) the horses raises his forehand and leaves the ground with a thrust from his hind legs. When « touched » by the whip he gives an energetic buck with his hind legs extended horizontally. The Cabriole is the most classical of the airs practiced at Saumur. 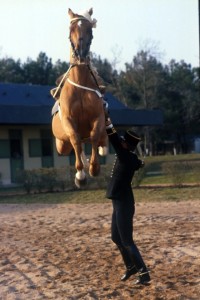 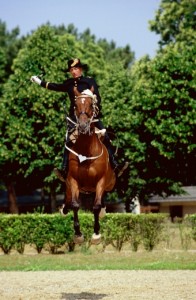 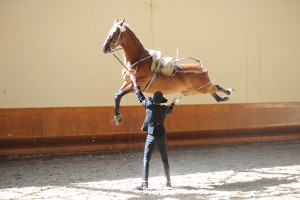 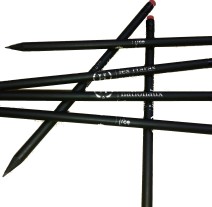 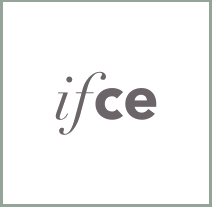